Methane gas (often known as natural gas) has heated the homes of many Americans for over a century – and for over a century, it has been prone to leaks, putting communities and the environment in danger. With growing awareness of the impact of methane leaks on the climate, and with growing availability of safer alternatives, it is clear that gas has no place in a modern clean energy network.

Gas leaks and pipeline incidents are common and put public health and safety at risk.

A gas pipeline incident occurs somewhere in the U.S. approximately every 40 hours. From 2010 through nearly the end of 2021, almost 2,600 pipeline incidents related to the release of gas occurred in the United States that were serious enough to be reported to the federal government, 328 of which resulted in explosions. Those explosions and fires killed 122 people and injured 603.

The amount of gas leaking to the environment is far greater than captured in federal leak reporting or emissions estimates from the Environmental Protection Agency (EPA). A 2020 study, for example, estimated that there are more than a half million leaks in local gas distribution systems in the U.S., and that leakage from these systems was five times greater than the amount estimated by the EPA.

Gas leaks contribute to global warming. Gas leaks reported to the federal government resulted in the release of 26.6 billion cubic feet of methane gas from 2010 through October 2021, equivalent in its effects on global warming to emissions from over 2.4 million passenger vehicles driven for a year.

The EPA estimates that emissions from natural gas transmission and distribution systems and storage fell significantly between 1990 and 2016, but progress has slowed since. However, EPA reporting of greenhouse gas emissions from gas systems is likely incomplete. While EPA estimates that the rate of leaks throughout the gas supply chain is 2-3%, studies suggest leak rates throughout the supply chain are significantly higher – high enough that they offset any greenhouse gas benefit of gas over coal.

The frequency of major gas leak incidents has not declined significantly since 2010, despite the time and money that gas utilities have spent to address leaks in the wake of several deadly explosions. (See figure below.) 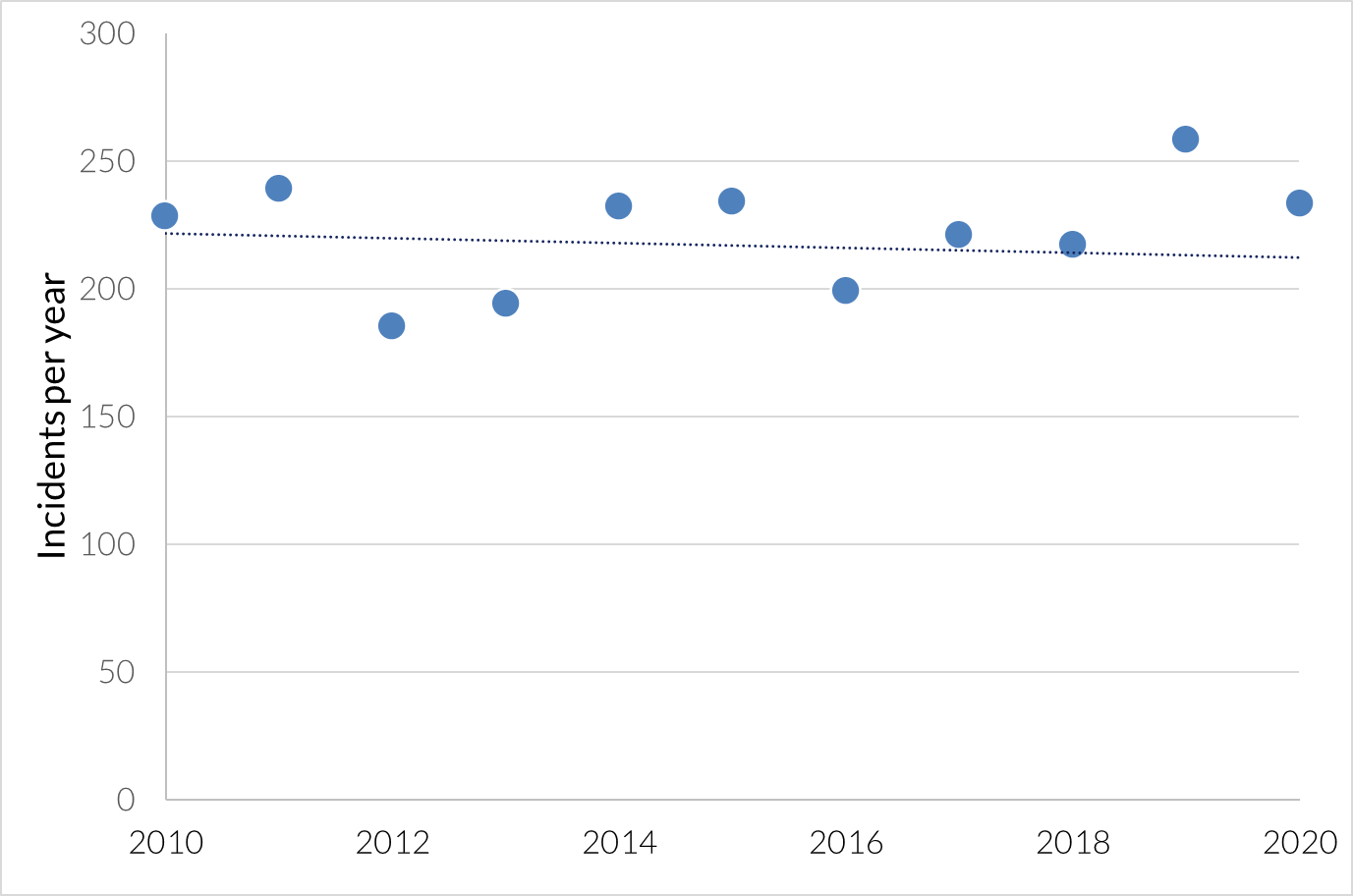 The consistent risks posed by gas leaks – coupled with the urgent need to address climate change – mean that the nation should prioritize electrifying buildings while taking immediate, focused actions to address the biggest safety risks.